Since few months, I am drawn to Buddha. Watch the above Documentary and you will realize what a marvelous man he was. More than 2000 years ago and yet so relevant today. I feel its more relevant today than it was during his time, and perhaps will get more relevant in days to come. I am drawn to Buddha perhaps for the reason that i am suffering. I am through an existential crisis in life. And Buddha offers me so much relief.
Posted by ZB at 12:00 2 comments: 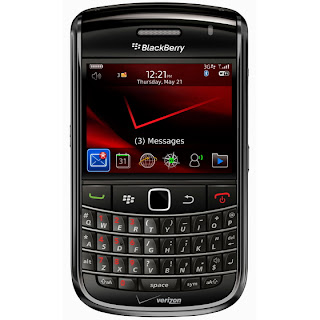 Until about a month back I never thought I would be so nuts over a phone.Blackberry has made a big fan out of me. For someone who has used a Nokia all his life, BB is a revelation.it is the closest you can get to a PC  which can be pocket carried. you can literally chat with anyone for any amount of time.You get upto date twitter, facebook updates, are always online on Gtalk, yahoo messenger. You get push emails too.This is my first post from a BB. It has made life much more exciting. But make sure you dont reveal it to your boss, Else, you will endup working 24/7. Not exactly the best way to live life?

Guess all of you should get a BB if you dont have it already. And send me your PIN  on my email ID, so that we can chat...i seriously need more chat buddies. I miss my chatting days which feels eons ago....My wife is too busy with her kitty friends...seriously, have a wife is no guarantee to a better life.

Sorry for all the typos.....typing on a phone can be pain in arse!

Tamil films are here to stay!


In India  very few films show the actual act of a man proposing a woman. Perhaps this is because it takes a lot from a writer to convince the viewers that a girl could fall for a guy this easy or perhaps most of the love stories in Hindi films are abject fantasies. Anyone who has done so in life knows how difficult and life threatening it is to propose a woman and Hindi films make a complete mockery of this wonderful art (or science, whatever!)

I have proposed to two women in my life. The second time I did it was a lot easier than the first and it was a success. The first time was a really difficult one. The words couldn’t form in my mind. Whatever words formed couldn’t be spitted out of the mouth. Nervousness, sweaty palms and forehead, palpitating heart, heavy breathing.A feeling that the world would come to an end if she refused. A sense of emptiness.

I was a lot more confident the second time. I felt I could move on and there would surely be someone else for me. No nervousness, no palpitating heart. A certain confidence-perhaps my mind said this would surely be a success, just believe in me. I was experienced; I was a master of romantic one liners which could even inspire Aditya chopra. I learnt the lesson that failure is a better teacher than success.

The above scene, though very filmy and clichéd etc, captures a tad bit of realism. I feel Tamil films are evolving in the right direction over their Hindi counterpart. Tamil films handle stories in a lot more mature way and the treatment is very creative. If you really want to watch some good Indian movies, I suggest switch over to Tamil Cinema.Hindi films have lost it.

I wish i were Sexy!

If I were to have my way, I would get a lot of plastic surgery done on me. Seriously, I am sick of looking the way I look, and I have been looking this way for more than 30 years now. I need a change. 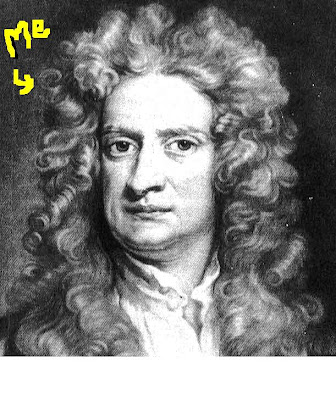 I want to get a permanent smile on my fac. My face has this permanent frown, and I look as if I have taken a permanent vow to sulk. One of my ex girlfriends even went on to say that I should smile more often and I look much better that way. I look like this serious man, like you find in the portraits of seventeenth century Englishmen with wavy, springy wig. The result is that most people, who don’t know me quite well, think I am arrogant and unapproachable…I have this image of a brainy guy who talks only hardcore economics. Damn!

I would like to have more hair on my head.At this rate, in 3 to 4 years I am sure I would look like Anupam Kher-with only few oases on a barren desert. The only solution I have right now is to completely shave it off and pretend it’s the next big fashion fad to have originated from Paris.

My butt- I get groped by my wife and she says I have a large butt, though she says it looks good and a man should have a bit of butt. But on a personal level I feel I have a bit too much of butt and would consider being a bit less butty( that’s a new word BTW) 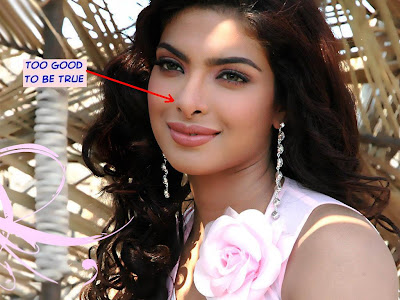 With almost all the Indian actors going through a surgeon’s blade and even people who are not supposed to be traditionally glamorous like Nita Ambani getting a face job, I wish one day would come when even I would have a perfect face. And also a butt. 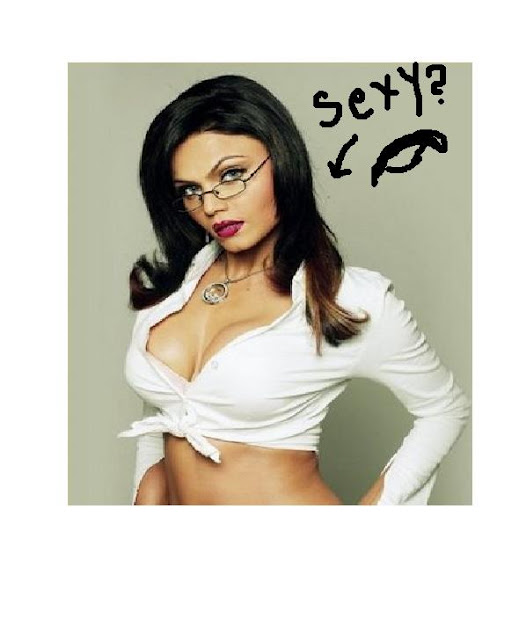 But the thing to ponder is that some of the actors who were my favorites earlier, I have come to dislike them for the reason that their beauty has become plastic. Even if Rakhi Sawant, with all the silicone under her boobs were to stand naked before me I probably wouldn’t give her a second glance. Most Bollywood ( I hate that word) actors have more plastic than a plastic mannequin, and an undressed mannequin with all the right bulges hardly make a desirable woman.
Posted by ZB at 15:59 7 comments: 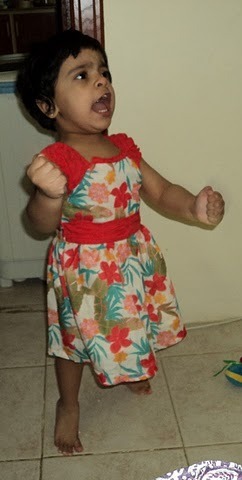 To all those who are married, are honeymooning after a tirsome Indian wedding , about to get married soon , already are much too married ( and are thinking of the next logical step-No, not divorce silly)-thinking of having babies and are ready with the mis-en-place, if you are in two minds over what t0 choose-boy or a girl?........I strongly recommend a daughter...they are the best thing a man can have in his life.....:)
Posted by ZB at 19:53 11 comments: